We navigated three very different climates in the State of Israel in our last two days: we started out in the harsh desert, where we had stayed overnight at a kibbutz; next, we visited an artificial climate, seeing the agricultural development in the Negev; and ended up in Tel Aviv, celebrating along the coast.

The Salad Trail had not stirred much anticipation initially but wound up being one of people’s favorite parts of the entire trip. We learned about the innovative irrigation, substrate, cultivation, and pollination technologies used to extract enormous bounty from formerly dead land. From strawberries to tomatoes, cucumbers, and carrots, we harvested intensely colorful, tasty food from various examples of farming setups — and tasted it all right away. We met dozens of soldiers on holiday outings with their units who were spending time at the Salad Trail, getting a moment to not only reflect on Israeli efforts to make the desert bloom, but also to keep it safe. Our guide at the Salad Trail also showed us examples of Hamas rockets that landed in the area, some debris from an Iron Dome missile, and artwork that had been fashioned from this carnage.

Next, we had lunch in Sderot, enjoying a Japanese-inspired fusion meal in the heart of the Negev, before spending several hours with Iftach Burman, who guided us around Assaf Siboni Lookout and an Iron Dome missile launch site. The lookout gives an expansive view of the Gaza Strip, and there we learned about the terrain and politics of the Gaza Strip as well as the actions and narratives of the Islamic Resistance Movement which controls that territory. The lookout was named after one of the people killed in the 1997 Helicopter Disaster; we had visited the site of the crash and the surrounding memorial earlier in our trip, while in the North District.

After that, we made it to Tel Aviv. For the next 30 hours, we celebrated together in a city that truly never sleeps. We swam in the sea, toured the markets, and relaxed along the corniche. But our trip was coming to a close, and we had a closing session to reflect on the journey we had made. The changes in our perceptions and priorities around Jewishness and the State of Israel were drastic. We ended the trip with a Mediterranean dinner at Guetta, making promises to continue talking, and planning for future get-togethers here in Israel, as well as in the United States and Canada. Several of us decided to extend our trips, also, making our roots in Israel grow a little deeper for several more days and weeks. 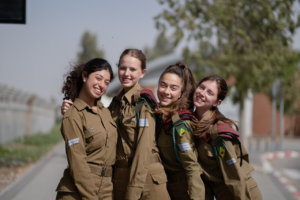 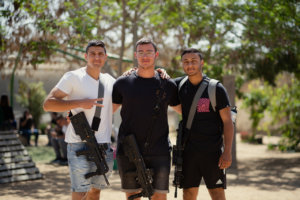 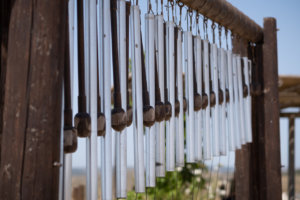 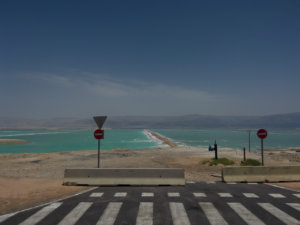 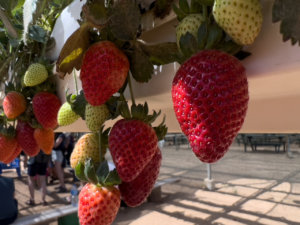 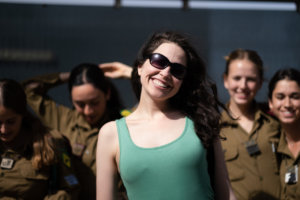 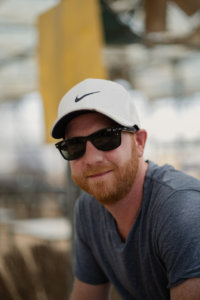