Jake Sep 19, 2012 Alumni in the News, Awesome feats by Israel Outdoors Alumni, In the News, Spotlight on Alumni, Uncategorized 0 comments

Roberta “RC” Saint-Amour, who survived (and enjoyed!) her Summer 2010 Taglit-Birthright Israel trip with Israel Outdoors, is about to make her television debut as a contestant on the CBS hit reality series “Survivor”.

The show, entering its 25th season, will take place in the Philippines, and premieres on Wednesday, September 19th on CBS. Best of luck, RC! 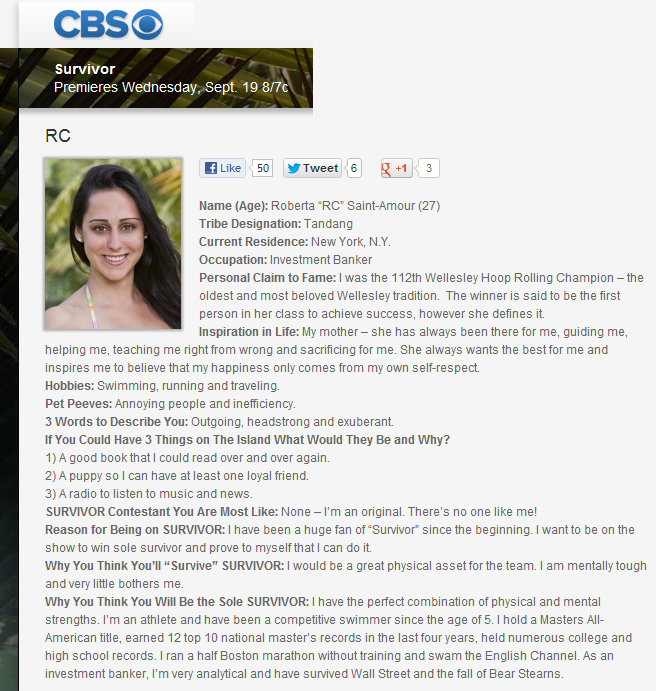