Bus 223 landed safe and sound at Ben Gurion Airport Monday morning. We met our awesome guide Gadi, our medic Shlomi, and hit the ground running. First we headed north to Mount Meron where, fortified by falafel and shawarma, we circled the peak taking in the sights and sounds of the Galilee, Golan, and even some surrounding countries. Orchards and vineyards and cows, oh my! We paused for a “shechechiyanu” moment, and then checked in at our cozy hotel in Metulah, the finger of the Galilee and the northernmost point in the region. After a much anticipated shower, we concluded our epic 36 hour travel and conked out!!

Tuesday morning, refreshed, we had a classic Israeli breakfast: veggies, eggs, and plenty of tahini. Onwards to Tel Dan, a national park where we trekked through the glorious shade of fig trees and oaks, and stopped to discuss the role of water in Jewish tradition and desert life. We encountered a busy archaeological dig, and saw the first “reform” Jewish temple of all time: 3,000 years old! Next stop, Har Bental, the site of battles fought in the Yom Kippur war and saw a real live army bunker. We rubbed shoulders with UN observer delegation, and later, adequately caffeinated, lunched in the small town of Katzrin. Nearby, we visited a local olive oil manufacturer where we luxuriously slathered ourselves with olive oil based cosmetics and sampled all types of delicious oil. As we write this we’re headed to the Jordan River where we all can’t wait to raft, splash and dunk. Shalom to everyone state-side, more soon! 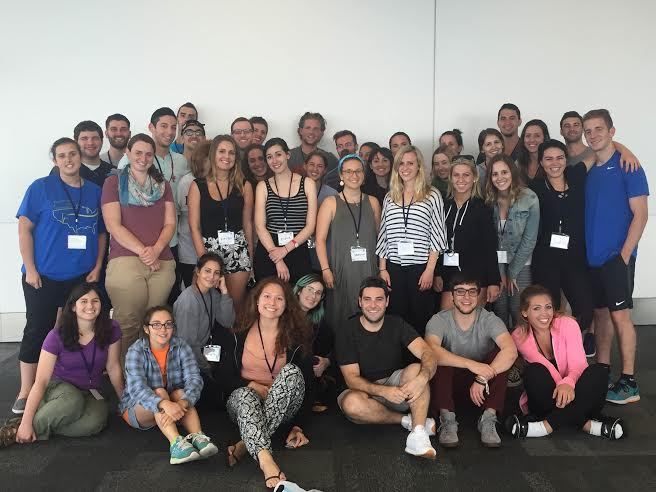 Previous: Safe and Welcome at the Bedouin Tents

Next: Update from Israel #Bus520